Good Economic News is Bad News for the Market

The current inflationary environment (surging aggregate demand during a period of constrained aggregate supply) is more of a function of the super supportive fiscal policies during the height of Covid. Although the significant expansion of the Fed balance sheet and ZIRP were instrumental in easing and supporting financial conditions, these policies were relatively less efficient transmission mechanisms for inflation. 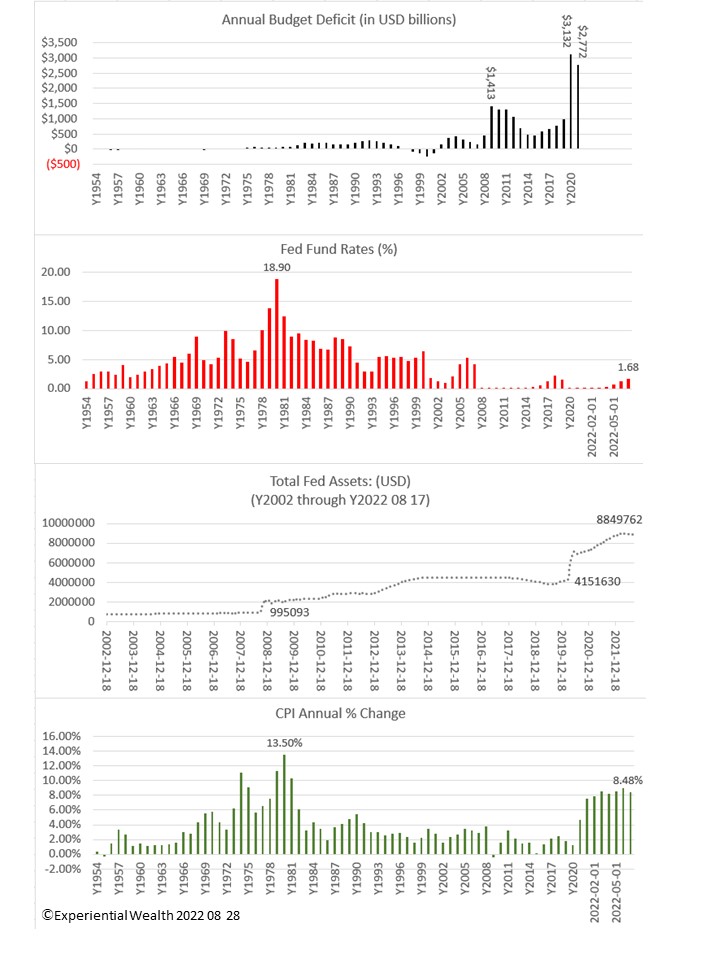 At the 2021 Jackson Hole Symposium, Chair Powell, suggested that the post Covid recovery driven inflation (durable goods and energy prices) was “transitory” which turned out to be wrong.

At the 2018 Jackson Hole Symposium, Powell stated that the stars (r* for interest rate, u* for unemployment rate, and π* for inflation) are sometimes far from where they are perceived. Basically r* is unknown and unobservable. Yet, in his July 27, 2022, Press Conference, he stated that he knows where r* is. “[W]e would move expeditiously to get to the range of neutral (r*). And I think we’ve done that now. We’re at 2.25 to 2.5 percent, and that’s right in the range of what we think is neutral.” This is a misstatement.

In this year’s Jackson Hole Symposium, Jay Powell stated that:

Under this clear and aggressive policy affirmation, we remain negative about and underweight equities. These long duration securities tend to suffer more in a rising interest rate environment. Thus far, employment and consumer spending remain positive and are signs of a strong economy; persistent good economic news will assure a more aggressive monetary policy going forward. A hard landing is increasingly the base case for the U.S. and almost a certainty for the euro area as the ECB is expected to aggressively raise interest rates amid an energy shock that is compressing economic expansion.